This past spring we invited students attending the 2016 Sigma Tau Delta Convention in Minneaoplis, MN, to submit their convention stories. The stories have been added to the Society’s archive in order to create and preserve accessible records of historical data, and to develop awareness and appreciation of the rich cultural identity and intellectual traditions of Sigma Tau Delta.

A Celebration of Infatuation (with Words) 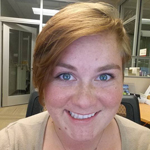 I saw Monument Valley from the window of an airplane and then fell asleep. When I woke up, I looked out over a flat land speckled with lakes, lakes, lakes. Minnesota, you impressed me from the air. If the upcoming Sigma Tau Delta Convention held half the beauty of this state, I could enter my circle of Dante’s Hell happily. Keep reading.

Always a Great Notion: The 2016 Convention 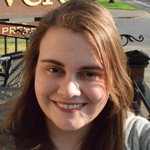 “He couldn’t seem to get his teeth into anything. Except books. The things in books was darn near more real to him than the things breathing and eating.”—Ken Kesey, Sometimes a Great Notion

I arrived as a virgin to the Bad Poetry artform at the Sigma Tau Delta 2016 International Convention in Minneapolis. When I spied “Bad Poetry Night” on the schedule, I wondered how bad poetry existed. For me, there was good poetry and rough drafts of good poetry.

I tried it out that Tuesday night. Keep reading.

Read the archived collection of past convention stories

Create your own convention stories. Plan now to submit and join over 1,000 Sigma Tau Deltans at the 2017 International Convention, March 30-April 1 in Louisville, KY. Over $10,000 will be awarded for student works presented at the convention. Featured speakers for the 2017 Convention include: Marlon James, Jeff VanderMeer, and Megan Mayhew Bergman.

Paper and Roundtable submissions open on September 26 and close on October 24.