Five Reasons to Get Excited 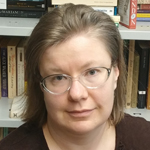 As I finish up this blog post, the Sigma Tau Delta 2016 International Convention is 40 days away! We’ve finalized our schedule of sessions, we’re preparing the program for the printer, and we’ve entered the last stage of convention preparations. Likely you all are in the first weeks of your spring academic terms, so the convention might not be foremost in your minds. Like my students at The College of New Jersey, you’re also probably fundraising like crazy. The most successful fundraising efforts, in my experience as a Faculty Sponsor, are those where the students are most excited about their goal.

While “Finding Home” is the theme for the convention, other “shadow themes” have emerged from the accepted papers, creative works, and roundtables. Many presenters will be exploring the roles of family and friends in creating and nurturing a sense of home, but others have imagined home more expansively. If I were to provide a theme for the convention based solely on the forthcoming roundtables and papers, I would have to say 2016 is the year “Fandom Came to Sigma Tau Delta.” Roundtables will be exploring fan communities, fan fiction, and fan obsessions with Doctor Who, Buffy the Vampire Slayer, and cult TV. Critical writers will be presenting about comic books, Game of Thrones, fairy tales, and cult films, such as The Shining and Fight Club. Creative writers have crafted spooky, funny, insightful stories and poems that explore the territory between reality and fantasy.

Every year I attend the convention, I feel I get a snapshot of the state of English studies around the country and around the world. Let me tell you the state of English studies is strong, vibrant, and diverse. While attendees will have an opportunity to hear new approaches to canonical British writers—Chaucer, Spenser, Shakespeare, Milton—they also will hear analyses of less studied British writers, such as Maria Edgeworth. Our discipline’s and our honor society’s commitment to diversity also is apparent in the panels and the roundtables that will be presented. Numerous panels explore the work of African American writers—such as Ellison, Hurston, and Morrison—Black British writers, Asian American Writers, Latina/o writers, Native American writers, and LGBTQIA+ writers. A number of roundtables will address issues related to diversity, including the relationship between Anglophone and Hispanophone American literature. In addition, the organization of World Literature panels has changed slightly from past years. This year we have made the distinction between Anglophone World Literature and World Literature in translation so panelists and attendees can discuss issues of language and translation in fruitful ways.

We have expanded the range of workshops available to attendees on Thursday and included workshop sessions on Saturday morning as well. If you’ve ever wondered about the range of jobs available to English majors, you’re in luck. On Thursday morning, we will have a number of career focused panels, including a panel on jobs in publishing, admissions into graduate programs in creative writing, and careers in non-profits and the corporate world. Because of changes to the Sigma Tau Delta scholarship cycle, we also will have two workshops supporting scholarship seekers, one on Thursday morning and one Saturday morning. In addition, you will find at least three explicitly career-focused roundtables. A few of these career-focused roundtables support future secondary teachers, particularly during the student teaching experience. We’ve also seen an explosion in the number of panels about Children’s and Young Adult Literature, including panels of creative works that bill themselves as Young Adult literature. Clearly, this form is thriving.

This will be my eighth Sigma Tau Delta convention, and Diane Steinberg’s 10th. As a Faculty Moderator, I always have loved the opportunity to talk about literature, language, and culture without having to grade or assess anything. It breaks my heart when a chair has to break off conversation, or when attendees have trouble keeping track of the different pieces they’ve heard and can’t ask questions as a result. (Make sure to review our presentation guidelines before heading to the convention.) In order to provide an opportunity for a rich conversation, most critical paper panels will have four papers, so each panel will have an opportunity for at least ten minutes of rich discussion. Many creative panels will have five presenters, which should yield a similar amount of time for discussion. Most importantly, no one will feel pressured to hurry as they read, or to cut material to make time. I’m very excited about the conversations our wonderful panels and roundtables engender!

Finally, I’m incredibly excited about our opening night event, a celebration of poetry with Gary Dop and two local writers brought to us by Minneapolis’s Loft Literary Center, Tish Jones and Bao Phi. Make sure to learn more about them before the convention! Of course, I’m also exhilarated about our keynote speakers, Charles Baxter and Kao Kalia Yang; our onsite bookseller, Magers and Quinn; and about Minneapolis as a whole. But I’m an excitable person… 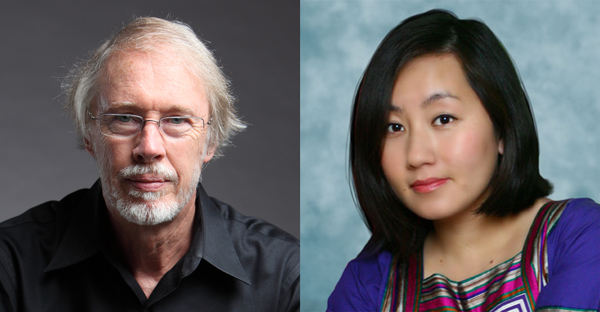 If you haven’t registered yet, or if you’re on the fence about coming to the convention, I hope this listicle will have persuaded you to join us in Minneapolis!