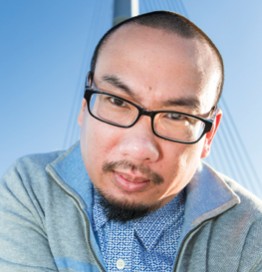 Bao Phi has been a performance poet since 1991. A two-time Minnesota Grand Slam champion and a National Poetry Slam finalist, Bao Phi has appeared on “HBO Presents Russell Simmons Def Poetry,” and a poem of his appeared in the 2006 Best American Poetry anthology. His first collection of poems, Sông I Sing, was published by Coffee House Press in 2011 to critical acclaim. He has been a City Pages and Star Tribune Artist of the Year. He is Program Director at the Loft Literary Center.

Celebrating Poetry in the Twin Cities