Charles Baxter is the author, most recently, of There’s Something I Want You to Do, published in February 2015. He is also the author of Gryphon: New and Selected Stories (2011), The Soul Thief (2008), and Saul and Patsy (2003). His third novel, The Feast of Love (Pantheon/Vintage), was a finalist for the National Book Award in 2000 and has been made into a film starring Morgan Freeman. He has published two other novels, First Light and Shadow Play, and five books of stories. He has also published essays on fiction collected in Burning Down the House (Graywolf) and Beyond Plot, and has edited or co-edited several books of essays, The Business of Memory, published by Graywolf, Bringing the Devil to His Knees (The University of Michigan Press), and A William Maxwell Portrait, published in 2004 by W. W. Norton. He has edited the stories of Sherwood Anderson, published by the Library of America in 2012. His book of poems, Imaginary Paintings, was published by Paris Review Editions. He also edited Best New American Voices 2001 (Harcourt) and was the judge for the Bakeless Prize in Fiction in 2004. He has received the Award of Merit in the Short Story and the Award in Literature from the American Academy of Arts and Letters, and the Rea Award in the Short Story in 2012. He was born in Minneapolis in 1947, graduated from Macalester College with a B. A. degree in 1969 and the State University of New York at Buffalo with a Ph.D. in 1974, and he lived for many years in Ann Arbor, MI. He taught at Wayne State University, the University of Michigan, Stanford, and the University of Iowa. He now lives in Minneapolis and is currently the Edelstein-Keller Professor of Creative Writing at the University of Minnesota. His work has appeared in The New Yorker, The Atlantic, The New York Review of Books, and Harper’s, among other journals and magazines. His fiction has been anthologized in Best American Short Stories seven times, eleven times in The Pushcart Prize Anthology, and translated into many languages. 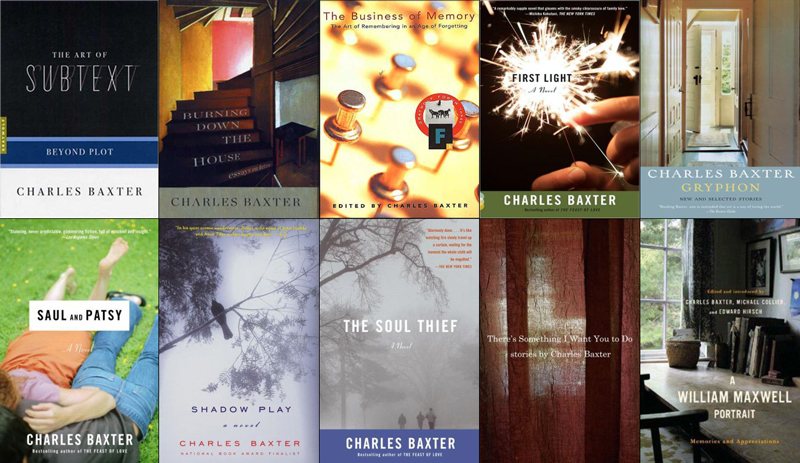 Bringing the Devil to His Knees

Burning Down the House

The Business of Memory

The Feast of Love

There’s Something I Want You to Do