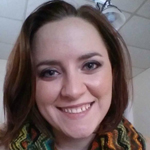 Convention Submissions: Due Monday, October 26, 2015, 11:59 p.m. CDT.
In Albuquerque, convention goers posted stories of their experiences, and alumna Jessica Heller’s 2015 experience in Albuquerque anticipated the “Finding Home” theme of the 2016 Minneapolis convention. Jessica has returned to the convention as an alumna volunteer, and has helped work the registration desk to welcome newcomers to conventions. We hope that many Sigma Tau Delta members find a home in the honor society, among the company of fellow lovers of the written and spoken word.

Six years ago I walked into an old musty classroom where students sat on desks, professors had long beards, and there was a palpable sense of freedom. Here was a place where anything was possible and the only requirement was a common love of words. I had found home.

Every spring when I break from the monotony of corporate life and immerse myself back into the creative adventure that is Sigma Tau Delta Convention, I am reminded of that freedom. Albuquerque was no different. Even before stepping off that plane, I knew I had found home again. 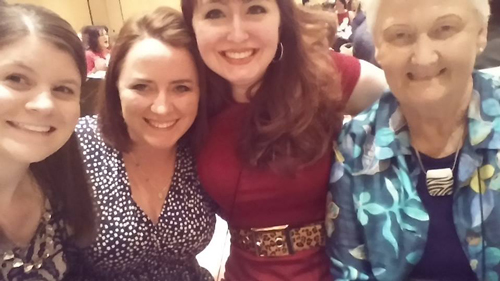 Albuquerque in a sense was the year of new faces. The yellow tags were countless and everywhere you turned there was an abecedarian with that glazed look of overwhelming enchantment. I recalled viewing convention through virgin eyes; not quite knowing what to expect or how I fit in. Was I even “Englishy” enough for this? This happened again when I returned as an alumna, only now with more of a sense of collegiate ambiguity.

While “minioning” at registration I got to meet so many of these new faces and enlighten them to all there is to be experienced at convention: the bad poetry, the good poetry, the speakers, the city, the bingo, THE PEN/HIGHLIGHTER/STYLUS! The shared excitement kindled a fire in them that burned from check in to their flight home. Running into them throughout the ensuing days, I learned more about where they were from, why they joined, and why they ultimately chose to come to convention. And I noticed a common thread. Words. It was that common love of words that had brought me into the old musty classroom six years ago. That common love of words that has kept so many of us coming back even after graduating. That common love of words that continues to ignite the flame even after we have returned home to the cold tundras and vacant dorm rooms.

I hold dear all the faces I have met and all those I continue to meet year after year. They encourage me to reignite that flame, and to return home once again.

Should I Submit to the 2016 International Convention?
Submissions Overview: Who is Eligible and What Can I submit?
Convention Awards