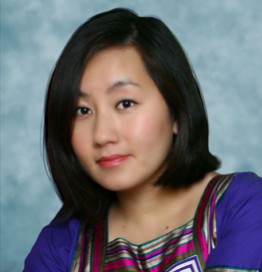 Kao Kalia Yang is a teacher, public speaker, and writer. Yang is the author of the book, The Latehomecomer: A Hmong Family Memoir (Coffee House Press, 2008) and the forthcoming book, The Song Poet (Metropolitan Books, 2016). The Latehomecomer, the first memoir written by a member of the Hmong ethnic group to be distributed nationally by a literary press, has been selected as a common reader for many colleges, universities, and cities, and has been honored with numerous awards, including the 2012 Jeanette Fair Memorial Award for Distinguished Writing, the 2009 Minnesota Book Awards in Creative Nonfiction/Memoir and for “Readers’ Choice,” the 2009 Skipping Stones Honor Award Winner, and the 2008 Winner of the Outstanding Book Award from The Gustavus Myers Center for the Study of Bigotry and Human rights. Her widely-anticipated The Song Poet has already won a 2013 McKnight Fellowship in Prose Writing as well as the March 2012 “Literary Death Match” in Minneapolis. She is a graduate of Carleton College and Columbia University’s School of the Arts. Born in Thailand’s Ban Vinai Refugee Camp, Yang is now an American Citizen. She has documented the Hmong refugee experience, with John O’Brien, in a film called The Place Where We Were Born. She has also translated her father’s Hmong song poetry, a form previously inaccessible outside the Hmong community, for the audio collection Thaum Hluas Txog Hnub Laus: When the Days of Youth are Gone. Kao Kalia Yang lives in Minneapolis, MN, with her family. 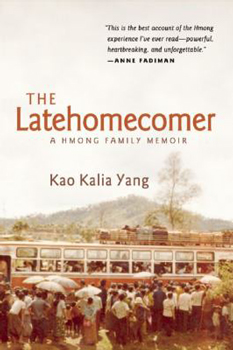 The Latehomecomer: A Hmong Family Memoir