Seek Your Freedom in our Escape Rooms!

Sigma Tau Delta Student Leadership has the perfect event for this year’s convention—as we all seek freedom mentally and creatively, everyone can seek physical freedom in our escape rooms. Attendees are invited to explore this event, which will consist of six separate escape rooms that connect a larger narrative.

Why are you escaping? What are you trying to find? Well, a Student Advisor was murdered, and one of the six Sigma Tau Delta regions did it. You’ll have to work through each region’s escape room, picking up clues, and figuring out not only how to escape from each room, but also which region is guilty of murder. A true whodunit.

Each of the rooms will have a distinct theme, from horror to popular fiction, and each room will have a villain of sorts and something keeping you trapped and preventing from discovering the truth. Can you sleuth your way to the answer? Can you be the ultimate Sherlock Holmes?

Work with a team of up to six people to navigate the rooms. The fastest team to escape from all the rooms will receive gift baskets composed of next year’s common reader, Sigma Tau Delta merchandise, and fun book-themed items. Teams that escape from all six rooms but do not finish in the fastest time will be entered in a raffle for a second prize gift basket for each team member. Smaller consolation prizes will include the common reader and Sigma Tau Delta merchandise. If your team is fast and you’re waiting for other teams to finish, join us for our “Not as Long as a Book Club” flash fiction readings and the Sigma Kappa Delta photo booth.

Let’s hope you are all as good at escape rooms as you are at reading and writing. See you at convention!

Congratulations to Heather Leigh Sanford of the Alpha Nu Pi Chapter at Western Michigan University for being the first person to correctly guess on social media that this year’s Student Leadership event is an escape room! 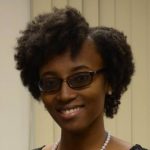